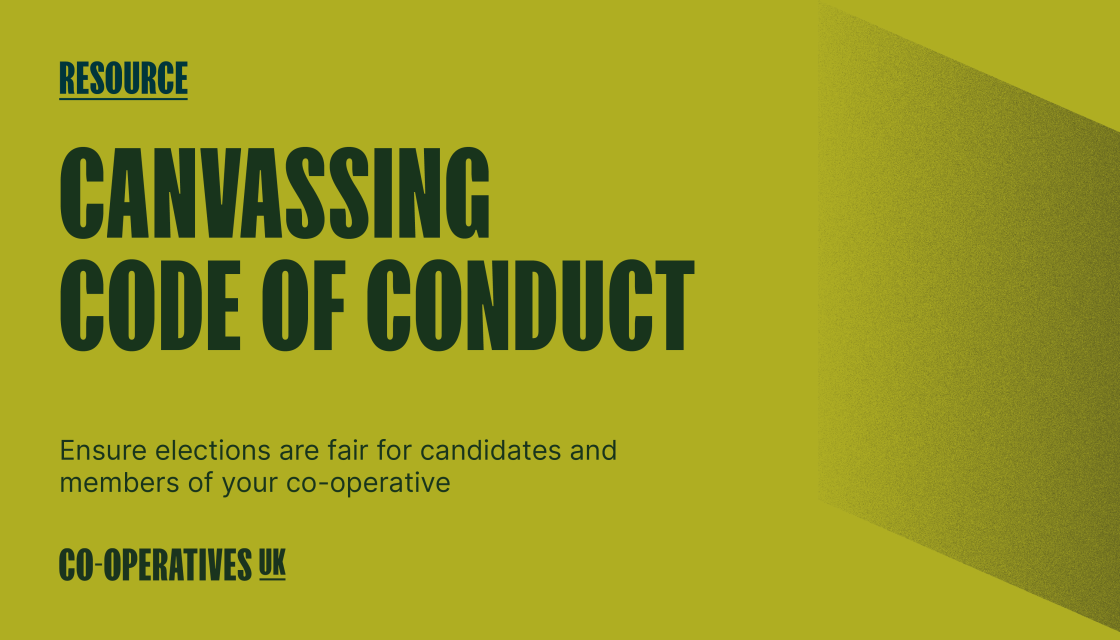 The democratic election processes that take place within co-operatives should be formal and transparent and ensure that the democratic rights of members are exercised. We've prepared guidance relevant to all co-operatives to ensure elections are fair for all candidates and the members of a co-operative.

When it comes to elections, it is important that they are run in a way that it is fair to all candidates – and the members of a co-operative – and that ensures that the people with the appropriate capabilities that will make the most effective directors are successful in them.

The Co-operative Corporate Governance Code states that "sufficient information should be given to members to enable them to make an informed decision on their vote in elections, including details of the candidates’ skills, knowledge and experience that lays out why their contribution will be important to the long term success of the co-operative."

Ordinarily candidates will be asked to provide appropriate information to be circulated to members prior to and during the voting period of an election.

The methods of conducting elections in co-operatives will differ depending on the size of the co-operative and its type:

Some co-operatives may permit canvassing during an election cycle and they may have internal policies and processes that sets out expectations on standards of behaviour.

Canvassing means the systematic initiation of direct contact with members of a co-operative by a candidate with a view to soliciting their vote in an election.

Canvassing can be a useful tool that enables candidates to directly link to members and build relationships with them to gain insights into member need and to provide details about themselves and their capabilities. It is important that canvassing is conducted in a positive spirit in the interest of both candidates and members alike.

Co-operatives UK has developed a Code of Practice that is designed to set out the rules relating to canvassing activity permitted during an election cycle and provides information for candidates and also directors, officers, management and other employees and stakeholders of our Co-operative. You can download the Code of Practice below.

Other co-operatives – because of their size, complexity or how they interact with their members – may just want to ensure that their elections follow best practice principles

Guidance for co-operatives to ensure elections are fair for all candidates and the members of a co-operative.

This guidance was prepared by Co-operatives UK with oversight from the Co-operative Governance Expert Reference Panel, October 2022.

Good governance is critical to the success of a co-op enterprise. It supports the governing body to create and maintain a strong and sustainable business that meets the needs of its members and is…
Image

What is good governance?

Good governance is crucial to the effective operation of co-operatives – particularly those looking to grow – regardless of size, legal form or business sector.
Remote video URL

A board with the appropriate balance of skills, experience, independence and knowledge is key to the success of a co-operative.
Image

As the network for the UK's thousands of co-operative businesses, we provide support in HR, culture, governance, finance, marketing, membership strategy and co-operative development. Browse our…