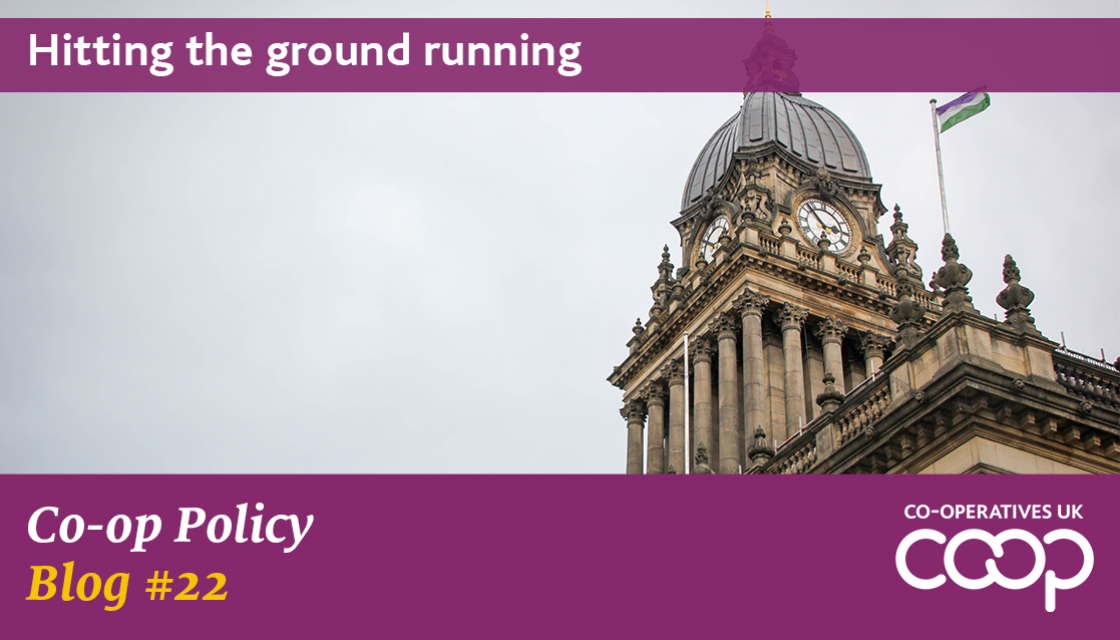 Across the UK politicians from a range of parties have just been elected with commitments to support co-ops and a more democratic economy. We are already reaching out to offer our help, so politicians with co-operative ambitions can hit the ground running.

Andy Burnham once told me that local policymakers are always more likely to 'get co-ops' than those in central government. He wasn't making a party political point, so much as reflecting on how imperatives in economic policy look different when viewed from city hall rather than Whitehall.

The closer policymakers are to the real world of households, communities and businesses, the easier it is to see the importance an economy that distributes power and wealth through day-to-day activity. The grand aggregations of macroeconomics like GDP matter less and wellbeing economy indicators like in work poverty matter more.

Last Thursday's election results bore this out in many parts of the UK.

Andy Burnham in Greater Manchester and Sadiq Khan in Greater London have both been re-elected with strong manifesto commitments to support co-op development. Co-operatives UK is already working with both administrations.

In London, Boosting Community Business, a partnership between the Mayor, Co-operatives UK and Power to Change, is demonstrating how our co-op development programmes can be combined with local support in city-regions.

In Greater Manchester, Andy Burnham has hit the ground running by announcing a co-operative development zone in the town of Middleton, with the endorsement of Co-operatives UK.

To make a significant impact, these mayors will need to allocate new funding for co-operative development, in ways that complement and augment what we and others bring to the table.

Co-operatives UK is rapidly expanding its work at a local level. We’ll be announcing the first city-region to join our Ownership Hub during Co-operatives Fortnight (21 June – 4 July). This is a partnership with the Employee Ownership Association and local places to support an increase in worker co-ops and employee ownership. We hope to recruit more local partners in the near future.

Co-operatives UK’s efforts to secure cross-party support for co-ops ahead of the election paid off, with the Conservatives, Greens, Labour and Liberal Democrats all making specific commitments to support co-ops. The SNP return to government after making a number of manifesto pledges that could and should benefit co-ops, in relation to employee ownership, social enterprise, housing and community wealth building.

Our immediate priorities are to support a reconvening of the Cross Party Group on Co-operatives in Parliament and enlist supportive MSPs from all parties, to help keep co-ops on the government agenda key areas.

Welsh Labour returns to government having made strong commitments to support co-ops. We’ll be supporting the work of the Wales Co-operative Centre in its engagement with Welsh Government.

Political leadership in Preston and Oxford city councils remain unchanged, which gives us hope that promising co-op development initiatives in these cities will continue.

However in Plymouth City Council, where Labour has lost overall control, we must hope that the great work there to support co-ops and social enterprise can continue with cross party support.

One of Co-operatives UK's greatest strengths is our political independence. We are committed to working with any politician that can share the co-operative values.

In the months ahead we will be working with Conservatives, Greens, SNP, Labour and more, at UK, devolved and local levels.

This short paper is an offer to work in partnership with local leaders who have clear policy objectives to support co-op growth in their area.
Resource

Co-op manifesto asks are vital to rebuilding the Scottish economy

A four-point plan to harness the spirit of co-operative working seen during the pandemic is crucial to rebuilding Scotland’s economy after Covid-19.
Policy page
Image

Our policy work is crucial to ensuring co-ops, of all shapes and sizes, enjoy the best possible business environment. We do this by working for and alongside our members to influence government policy…
Image

Content by Ownership Hub
The Ownership Hub is a joint project between Co-operatives UK and the Employee Ownership Association and supports the #1MillionOwners campaign.
Back to blog