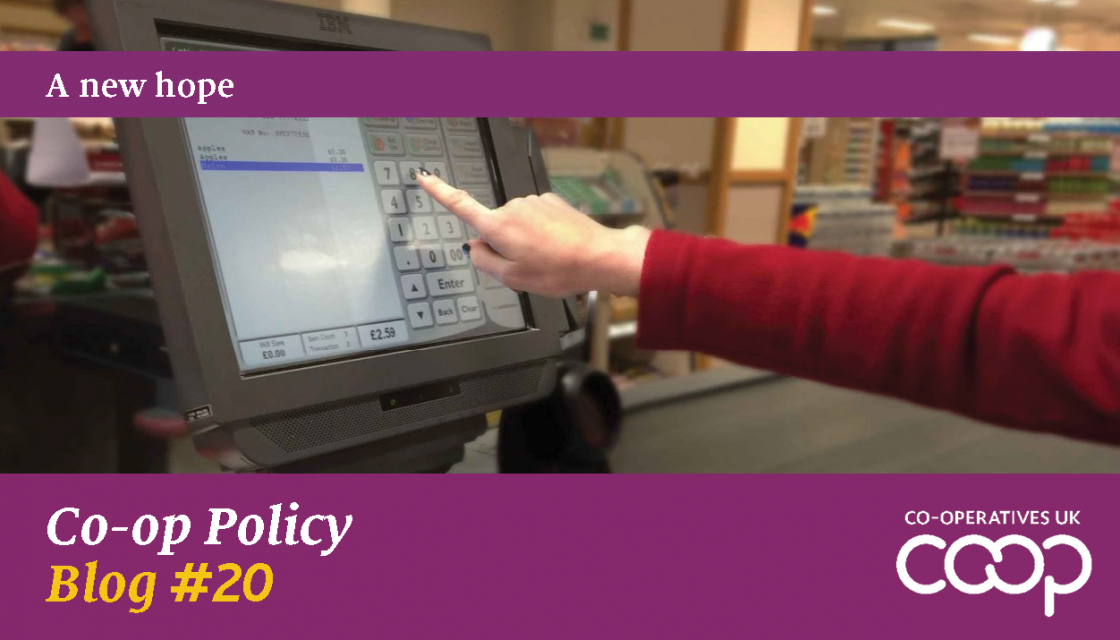 At the rate we’re going, co-ops will be a powerful democratising force in the economy around the year 2120. But we can't wait 100 years. To spread the benefits of economic democracy quickly and at scale, more existing businesses need to convert into co-ops. On this front, 2021 will begin with new promise.

In the UK, the number of worker buyouts has skyrocketed. But the established model for these buyouts – the employee trust – is often used in a way that lacks the democracy that makes a worker owned business a co-op. This might be about to change.

VME Retail is a multi-million pound technology business that has recently converted to worker ownership, using the trust model. So far so normal.

The difference is that from the outset, CEO and former owner Stephen Gill wanted to exit in a way that created a real co-op, with real democratic governance. And this is exactly what’s happening at VME. Though the standard trust model has had to be ’hacked’ a bit to get there.

VME’s workers will exercise democratic supervision and control over the trust, which is very rare (and rather paternalistically, frowned upon by a few leaders in the field). Furthermore, workers will be empowered directly through 'labour shares', which give each worker one vote and allow them to make decisions together at general meetings. So VME is part worker co-op limited by shares and complies with the Fairshares model.

While the trust-shares combination is nothing new, the use of the shares to create worker co-op governance - rather than just to add financial rewards - is a significant innovation here.

Stephen’s co-operative vision for VME goes beyond legal and governance structures. There’s a big focus on nurturing a co-operative culture. And VME is bringing sociocracy into operational decision-making, so the change in legal ownership will be complemented by day-to-day co-operative working. They

In places like Italy, France and Spain the worker co-op sectors are large, mostly because the established model for converting existing businesses to worker ownership is the worker co-op.

Trusts have become the established way of doing conversions in the UK. Pragmatically, our priority can be changing the way trusts are used, to make more of them co-ops.
– James Wright, policy officer, Co-operatives UK

Trusts sometimes get a bad press

Trusts sometimes get a bad press in the worker co-op community, where democracy and autonomy are so highly prized. I get this. From a democratic, co-operative perspective,  trusts can disappoint. This is not just academic. The evidence is pretty clear that the many ascribed benefits of worker ownership (culture, wellbeing, productivity, resilience) are connected to worker control.

That said, the trust model has some flexibility, creates indivisible collective ownership and is well-suited to buyouts. That’s why it’s taken off (that and tax relief). And trusts absolutely can be used in ways that give workers a democratic voice!

For those who have repeatedly insisted (and hoped) that democratic, co-operative trusts are possible, VME is a very exciting development. It shows it can be done.

Aaron Stewart, in-house legal counsel at VME points out that VME is not an ‘off the shelf’ model that any business can easily adopt as part of an otherwise standard buyout process. VME’s governance, culture and decisions making are a work in progress. And the democratic ‘hacks’ were not easy. It’s hard to turn from a path established by respected and influential lawyers.

That said, VME’s experience can be used to create a new consultancy methodology, which will make it easier for other converting businesses to adopt a democratic, co-operative trust model.

In short order, we need the ‘co-op trust’ option to be understood by advisors and to be explored by converting businesses as a matter of course. Especially where government is providing this support, as is the case in Scotland and Wales.

If we really want a more democratic economy, then we need the ‘co-op trust’ to be the next big thing. A hundred years is a long time to wait otherwise.

We are the rebuilders

Co-ops are pivotal to helping our communities and country build back better from Covid-19. In this short paper we make four co-op ‘offers’ to everyone working for a more sustainable and just future.
Policy page
Image

Revive and thrive: Why co‑ops are pivotal to a fairer, stronger Scotland

This report highlights the success of co‑ops in helping Scots weather the Covid‑19 storm and makes six recommendations for Scottish government to act on, now and after the next election
Resource
Image

Content by Ownership Hub
The Ownership Hub is a joint project between Co-operatives UK and the Employee Ownership Association and supports the #1MillionOwners campaign.
Back to blog