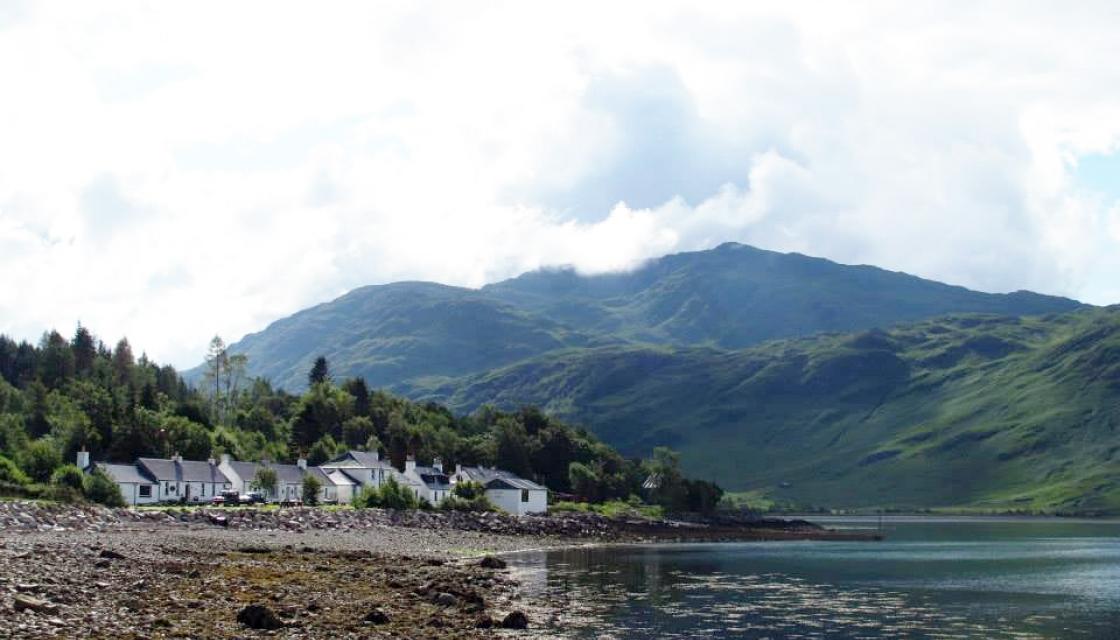 A mountainous two-day hike into the Knoydart peninsula, on the west coast of Scotland, takes you to one of the most remote communities in the UK – and the mainland’s most remote pub (the Guinness World Records backs me up on that one).

The Old Forge plays a pivotal role as a community hub, as well as a crucial tourist attraction, situated on the main sailing route to Skye, the Outer Hebrides and the Small Isles. But during the pandemic conflicting needs from residents and the pub’s owners – including reduced staffing and opening hours – increased frictions.

The community responded by taking matters into their own hands. The people of Inverie came together with the goal of raising £204,500 which will go towards buying the pub. Community ownership of The Old Forge will enable closer relationships with local businesses and offer a welcoming space for everyone – locals and tourists alike. In short, the pub will work for the local community, not at odds with it.

I’ve not visited The Old Forge yet I have been made acutely aware of the need for co‑ops and community in those remote areas when people rely on each other – literally – for survival.
– Rose Marley, CEO, Co‑operatives UK

It demonstrates the ‘power of community’. There are many more examples of people pulling together to fight against the impact of Covid that has had a monumental impact on all our lives. As we mark #CommunitiesWeek 2021, which kicks off on Monday 20 September, I want to celebrate inspiring stories like The Old Forge. This is the kind of work that’s giving people and communities genuine ownership of what really matters to them.

I grew up understanding the power of communities from a very young age. I was brought up in the strong local community of Blackley, North Manchester.

At the age of seven, my Dad unexpectedly and tragically left my 30 year old mum with three small children. Not only did my large and supportive family surround us with love and care but so did the community. The school, the church, the youth groups, the community stepped up and enabled our family to find the support we needed, which was a very different picture in the early eighties to the kind of support that might be available today.

I also travel to the highlands regularly and although I’ve not visited The Old Forge yet I have been made acutely aware of the need for co‑ops and community in those remote areas when people rely on each other – literally – for survival.

So this is why I’m really proud of what we do at Co‑operatives UK to support communities, especially when it’s about enabling people to help themselves and their communities through community shares – something we’ve championed and developed for nearly a decade. It’s how Inverie’s residents are taking ownership and control of something that’s much more than bricks and mortar (and a place to get a good pint).

Community shares is an accessible way for people from all backgrounds to invest in a project or cause they believe in. It gives people an equal stake and a say in what matters to them – and investment amounts can start as low as £10. Over the past decade £180 million has been raised by over 113,000 investors to save 480 community businesses operating across the UK. It has saved community pubs and shops; created homes for the homeless; helped fans own their football clubs; and even helped a community build a skatepark (I’ve not even mentioned community-owned distilleries, hydro-electric power plants, pools and harbours)! 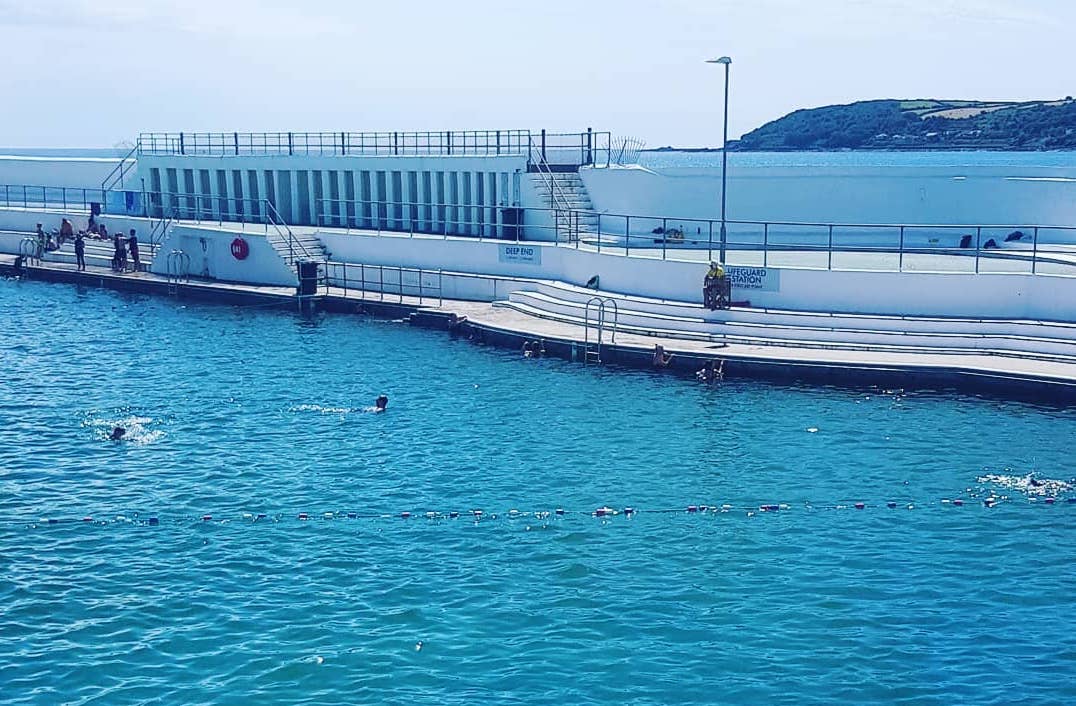 It’s a game-changing opportunity for community ownership – putting power back in the hands of those most invested in the future success of their local asset, space or service. Our partnership work has taken ambition and scale of community shares to new levels. Using funds from Power to Change and the Architectural Heritage Fund, the Booster Fund provides grants and matched investment to help organisations running community share offers. It enabled the community behind Jubilee Pool Penzance to raise an extra £100,000 to save one of the last remaining salt-water lidos and residents in Glossop, Derbyshire generated an extra £30,000 to save their much-loved community bookshop.

This year we have awarded more Standard Marks than any other year – that’s the ‘rubber stamp’ given to share offers that meet national standards of good practice
– Rose Marley, CEO, Co-operatives UK

Every year we’re seeing more inspiring examples of how community shares are being used – and this year is no different. Despite (or perhaps because of) the pandemic, this year we have awarded more Standard Marks than any other year – that’s the ‘rubber stamp’ given to share offers that meet national standards of good practice – and we’re still only in September! It shows we’re on a really exciting trajectory – where more communities are seeing the potential for community ownership and empowerment through community shares.

Look at LATCH, which has been creating homes and transforming lives in Leeds for over 30 years. A recent share offer raised £548,050 allowing them to continue vital work to transform derelict properties into quality homes with a low environmental impact while supporting tenants, including families and young people to move on to independent living. It also (yes there’s more) provides training and volunteering opportunities for those tenants. LATCH’s impact on people is truly inspiring. As Rowan, a tenant for over two years, says: “Latch has provided me with the tools to get back up and start living again.”

It’s that impact on individuals and communities which gives us true belief in what we, as Co‑operatives UK, our partners and our members are achieving. Look at MindforYou, which raised more than £450,000 to offer specialist dementia holidays and leisure opportunities for people living with dementia, their informal carers, family and friends. All those touched by dementia will know how invaluable those holidays and leisure opportunities are.

And of course, for those of you that came to the Co‑op Congress 2021, how could we not marvel at the transformation of Stretford Public Hall – not just in terms of the physical space but the instant impact on its local community. 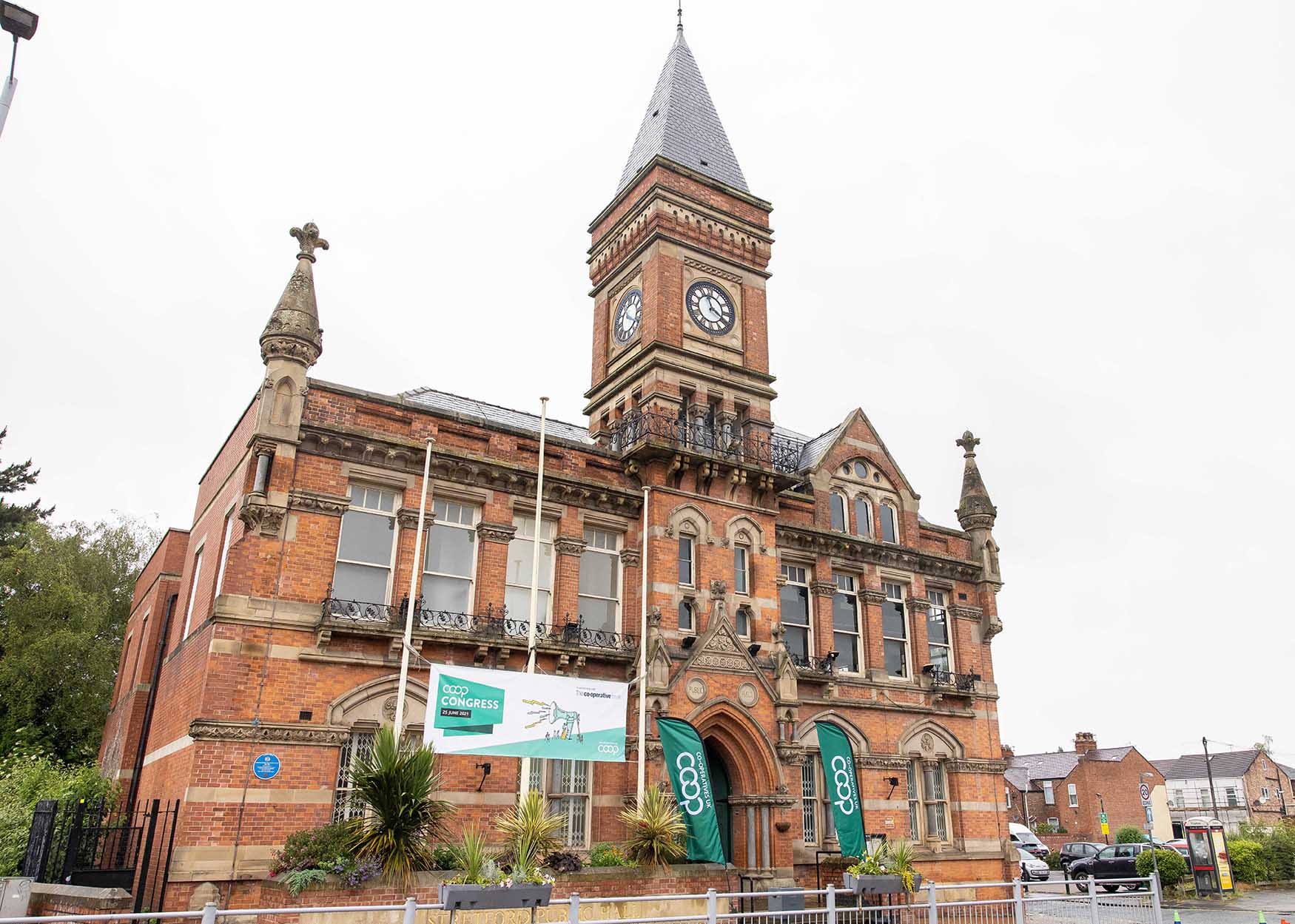 There is a major opportunity to do more of this through the government funded Community Ownership Fund in which £150m has been set aside for communities to save at risk community assets that might otherwise be closed or sold to developers. Of course, Co‑operatives UK can provide support and advice to enable this opportunity, which has the power to be transformative.

So far in 2021, £7 million has been invested through community shares, with lots of offers exceeding their targets and many others still open for investment. Since it began, the Booster Fund has invested £2.9million in 52 community share offers leveraging £7.8million from the community.

Whether you’ve made the two-day hike to The Old Forge, or are enjoying a drink at your local community-owned pub, let’s raise a glass to communities taking action and control. I cannot wait to see what wonderful and inspiring new community share offers will come through during the rest of this year and into 2022.

£200 million has been raised through community shares by more than 126,000 people since 2012. We work to grow the community shares market through our leadership in best practice standards and…
Image

Apply to the Booster Fund for business development grants and equity match-funding for your community share offer.
Image

We are excited that government has confirmed its intentions to launch the Community Ownership Fund  in June 2021. Since December 2019 we have been working with members, partners and government to…
Policy page
Back to blog