Funded by Power to Change, Architectural Heritage Fund and Access – the Foundation for Social Investment. In partnership with Locality 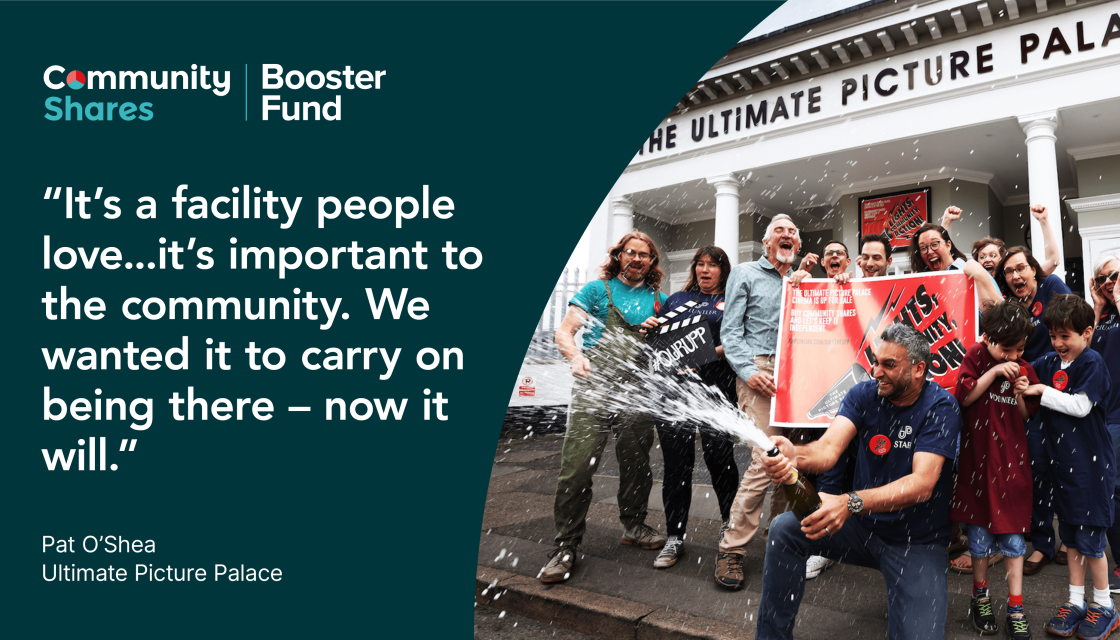 A haven for film buffs and people passionate about movies, The Ultimate Picture Palace (UPP) is Oxford’s only independent cinema and a thriving part of the local community.

It is one of the earliest cinemas in Britain, having opened in 1911. When its owner died in 2018, she expressed a wish in her will that it would become a community cinema. So a group of local people took action to bring it into community ownership to guarantee its future.

“If it had been sold on, it may not have remained as a cinema, let alone a rather quirky one,” said UPP volunteer and former committee member Pat O’Shea.

“We don’t have a mainstream programme, in any sense, and we wanted to keep that independent spirit alive.”

The Ultimate Picture Palace is a ‘second run cinema,’ meaning it gets films a few weeks after release. This makes them much cheaper to rent, keeps ticket prices down and allows people to see movies they missed when they first came out.

“We’re an alternative to mainstream venues,” said Pat. “We show a lot of foreign language and independent films – and we put on film seasons.

“The Ultimate Picture Palace is part of the thriving Cowley Road community. So we got together to look at how we could make it a community cinema.

“The first thing we did was look into the different kinds of bodies we could become. We eventually settled on a community benefit society (CBS).”

A former head teacher with a passion for cinema, Pat and her fellow film buffs recruited people with a range of skills needed to form a CBS and launch a community share offer.

And with the help of grants – including development funding from the Community Shares Booster Fund – the group put together a share offer.

Covid was a particular challenge though, with the offer postponed several times. “Until we had figures that showed some post-pandemic recovery, we didn’t feel we were able to launch,” Pat explained.

There were also challenges with building lease negotiations. But, eventually, in April 2022, the share offer was launched, backed by a successful marketing campaign.

“We made a film trailer that was shown before every film in the cinema. We used our mailing list, spread the word to friends and family. And, thanks to the grants we’d received, we hired a marketing expert who got us on local radio, TV and in the press.
– Pat O’Shea, UPP volunteer and former committee member

The result: the share offer closed early, achieving its maximum target before the final date. In total, £366,575 was raised from more than 1,300 investors, including £20,000 matched funding from the Community Shares Booster Fund.

“The minimum investment was £50, with a lower amount of £30 for young people and local residents. So we had lots of people putting in small amounts, as well as a few individuals who supported us very generously. That’s why we’ve got so many members. It’s a broad, inclusive base, tapping into the affection the community of east Oxford has for the cinema.”

Thanks to the share offer, the cinema’s future is secure. In November 2022, the business was purchased from the previous owner’s estate and the staff have retained their jobs. “We’ve also upgraded the salary and job description of the Director and Programmer. We’ve raised their professional level,” said Pat.

For her and the other Ultimate Picture Palace users and volunteers, it was a worthwhile venture. “This cinema is an institution and there’s a lot of affection for it. It’s in a commercial area but it’s also important that there are cultural things going on.

“It’s a facility people love and it’s important to the community. We were all keen on the idea of having an independent cinema. We all wanted it to carry on being there – and now it will.”

Think community shares might work for your community business?

Find out what support is available
Next step >>
Related content
Image

Content by Community Shares
Find out what support is available to help you raise finance through community shares, including through the Booster Fund.
Image

Content by Community Shares
Hundreds of communities across the country have used community shares to save and create businesses that are important to them.
Back to case studies