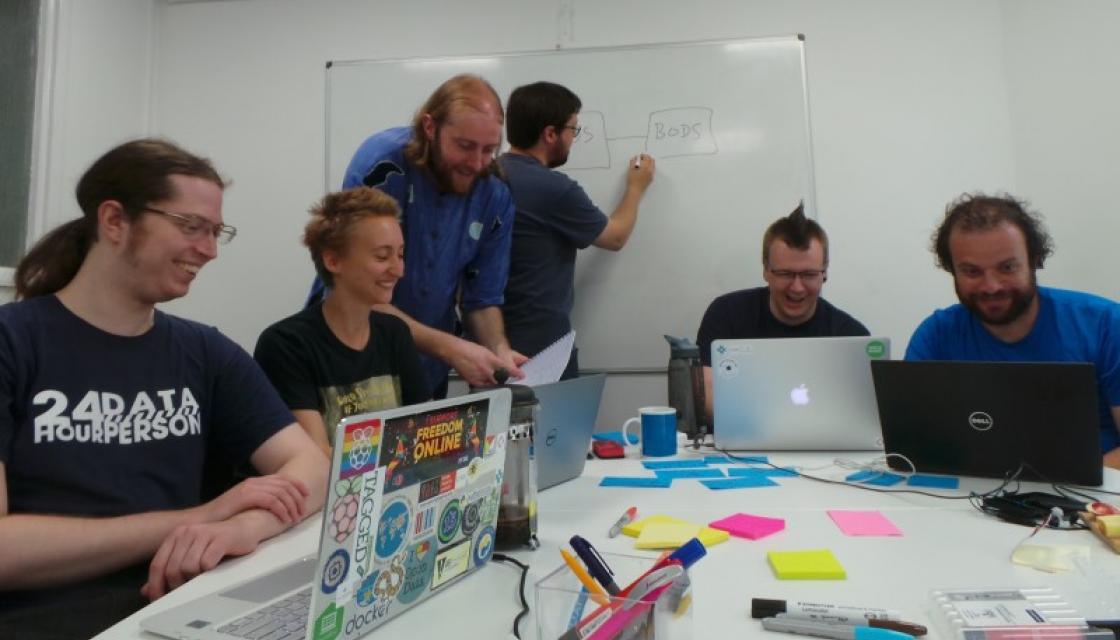 Each day begins with a stand-up conference call. From different locations across the UK a small number of analysts and IT professionals discuss their work to help tackle corruption and tax evasion - to create transparency around the awarding of multi-million pound (not to mention Dollar, Euro, Mexican Peso and more) government contracts.

These 15 people are just one part of this process of course. Operating from Stroud, Edinburgh, Manchester, Newcastle and more, their area of expertise is around open data. By enabling organisations and governments to build, publish and use – as well as standardise – open data the foundations are laid to enable change of seismic proportions.

Together, these 15 people are Open Data Services. They have no office, no base, no hierarchy… but it is no problem. It is a co-operative of workers and in just three years the number of owners has almost quadrupled in size while annual turnover has leapt from £250,000 to in excess of £800,000. The four founders opted to set out as equal owners, with an equal say and equal share of profits. And as the co-operative has grown it has remained true to its original values and ethos.

Open Data Services co-founder Steven Flower said: “It was always in our minds, in our designs to grow and we needed people to make that happen. Programmers need to work with other programmers. And we wanted to use being a co-op as a way to attract people who share our values.”

It began with an opportunity for like-minded professionals, largely from a freelance world, to work together on open data contracts. All had expertise, contacts and know-how, but no working structure. “We said ‘if we do this we must do it as a co-op’,” added Manchester-based Steven. “We had some work, knew what we wanted to do and knew we wanted to be a co-op.

It feels like I’ve now got the best of both worlds. I’ve still a degree of autonomy – I can shape how my work goes and equally we’re all in it together.
– Kadie Armstrong, Open Data Services worker-owner

"We shared a commitment to be a co-op. We wanted to do this together – in the truest meaning of the word. The nature of our work is very much towards co-operation. The alternative was we’d have to decide who was the boss and we weren’t interested in a ‘you have to do this’ approach.” Open Data Services has already worked with an enviable list of organisations including the World Bank, Sport England, the Big Lottery Fund  and a range of governments from the UK to Ukraine to Mexico.

Open Data Services’ work supporting the ProZorro platform in Ukraine to adopt the Open Contracting Data Standard has helped save hundreds of thousands of dollars of public money through minimising corruption and inefficiency associated with the award of government contracts. In Latin America corruption is also being tackled as the Mexican government moves to publish and use open data about contracts relating to the building of a new airport.

The nature of our work is very much towards co-operation. The alternative was we’d have to decide who was the boss and we weren’t interested in a ‘you have to do this’ approach.
– Steven Flower, Open Data Services worker-owner

In the UK, through work on data standards for open registers of company ownership, Open Data Services is working to close secrecy loopholes that enable tax evasion and money laundering. The workers’ co-operative is also working to improve transparency and fairness around the award of grants to charities and social enterprises through its partnership work with 360Giving.

Steven is keen to stress that Open Data Services’ role is very much at the nuts and bolts end, ensuring that data is collated in a consistent standard for ease of use, as well as on the opening up of data.  “Open data has to be useful,” he added. “We don’t want to go down the route of working with data for data’s sake. It needs to serve a purpose.” That ethos resonates through the co-operative. Just like the data they work with, the workings of the co-op must be open and transparent. Open Data Services is as values-driven as the service it provides.

Open Data Services features in the Co-operative Economy 2018 report. Read the latest turnover, employment and membership figures on the UK's co-operatives, as well as startling figures on the survival rates of new-start co-ops compared to other businesses, here.

Kadie Armstrong, from Newcastle upon Tyne, only joined the workers co-operative in January this year (2018). Like many of her colleagues, the switch was one from a freelancer role. She said: “I never thought I would work for a company… any organisation again. I valued my autonomy too much. But I have always philosophically and publicly supported co-operatives.

“It feels like I’ve now got the best of both worlds. I’ve still a degree of autonomy – I can shape how my work goes and equally we’re all in it together.”

Some 7.1 million workers in the UK are now engaged in ‘precarious’ employment – including freelancers, part-time workers and those in zero hour contracts. And Kadie believes the co-operative model of ownership is one which could offer a better, more secure way of working for the UK’s growing army of freelancers.

Shared resources, knowledge, contacts and important backup support are just some of the benefits. Kadie added: “Being part of the co-op economy. There’s advice out there and people are willing to share it. There’s a sense of ‘we can all help each other’.

“There’s challenges scaling up and maintaining member involvement – but other co-ops have shown this is possible. There’s something about having the backup of colleagues. There’s a good work-life balance here and a generosity of support. I’m constantly amazed at how it has all worked out.” 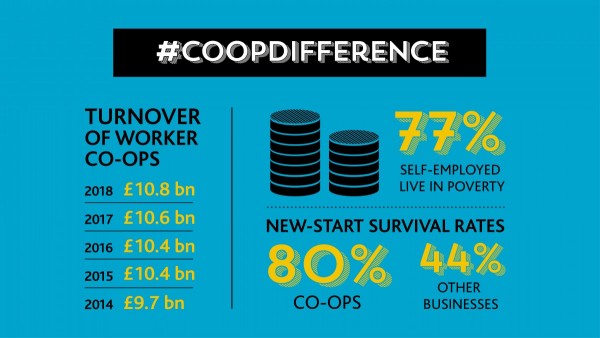 Perhaps surprisingly, for an organisation which exists with no base and a scattered workforce, the loneliness factor on a professional level experienced by many freelancers is something Kadie feels she has left behind. Open Data Services’ owners do meet on a quarterly basis at general meetings. But it is their shared co-operative values, their shared ownership status and their shared data mission that transcends the distances between their respective homes. It is highlighted anecdotally at a recent meeting in Stroud, Kadie bumped into one of her colleagues on the last leg of their journey.

She said: “We were well into our conversation before we realised it was the first time we’d actually met face to face!”

Back to case studies