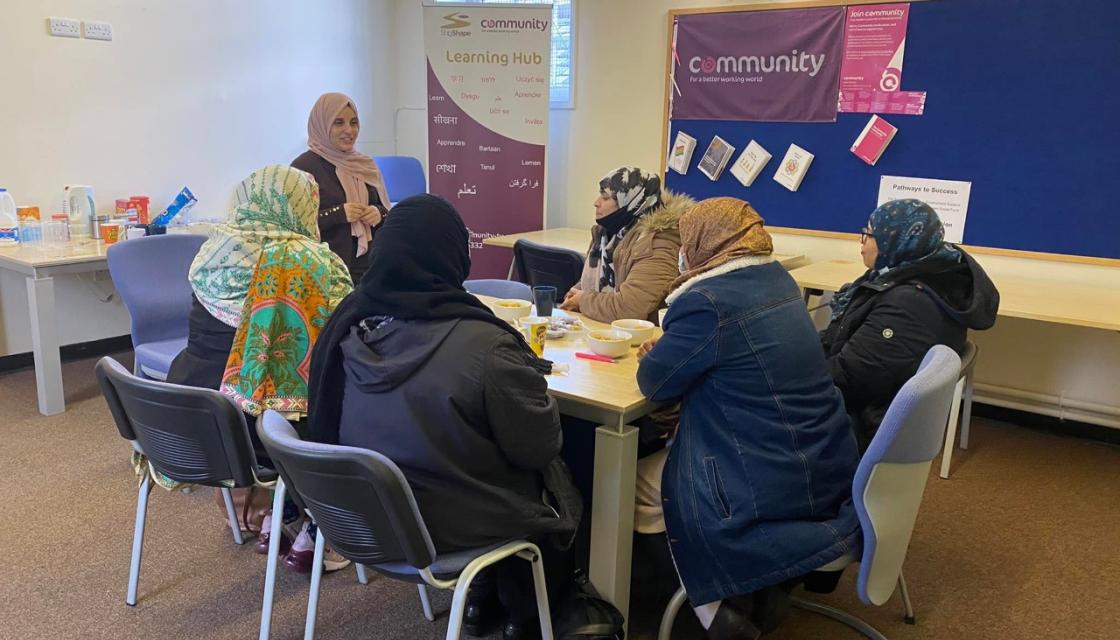 Serving the diverse communities of Sheffield, ShipShape is a co‑operative working to improve people’s health and wellbeing, while empowering its worker members…

One of a series of case studies produced by Co-operatives UK as part of The Ownership Hub programme, in partnership with the Employee Ownership Association. The Ownership Hub is working with the South Yorkshire Mayoral Combined Authority to highlight the benefits of employee and worker owned businesses.

ShipShape began life in 2006. Its aims: to make Sheffield a city where everyone leads physically, mentally and emotionally healthy lives – by empowering people to take control of their wellbeing.

To this end, the co‑op provides a multitude of services and opportunities for local communities. “We are a preventative organisation, so we deliver group activities, such as cooking on a budget.” says Tanya Basharat, ShipShape CEO.

By going out into communities and consulting a local advisory board, Tanya and her colleagues work to understand and meet the needs of the diverse groups of people they serve.

ShipShape provides a counsellor service and support with employability skills. It develops volunteers to build their skills and experience to get them into their chosen careers.

We have health and wellbeing coaches, too. They support people on a one-to-one basis to set goals to make a difference in their lives.
– Tanya Basharat, CEO, ShipShape

“We also do a lot of work supporting smaller groups to embed and build their capacity. We help them set up, get constituted and seek support with funding.”

Originally part of the local council, ShipShape became an independent worker co‑operative five years ago. It later converted to a multi‑stakeholder co‑op so its users could also become members. It currently has 10 staff members and around 50 service user and volunteer members.

Its focus very much remains on being an equitable and empowering organisation for its workers. Doing so has enabled ShipShape to flourish and make an even greater difference.

“The best thing about becoming a co‑op is that our employees are more forthcoming in making decisions, which has had a huge impact on what we do. It has enabled us to think differently about delivering services, which have grown and grown over the last five years.” says Tanya.

“A lot of staff were demotivated before we became a worker co‑op. They didn’t get a say in decision‑making. Being able to do that now has made a huge difference in their confidence – and their way of thinking has changed.

“They’ve come up with more initiatives and gone on to lead projects and activities. They come to me with ideas to make a difference. This has given us opportunities to make ShipShape better and more effective at bringing about change in the community.”

As a result of the co‑op’s worker members taking the initiative, they have created a women and girls community sport hub. “It’s a new and unique scheme for women from BAME communities,” says Tanya. 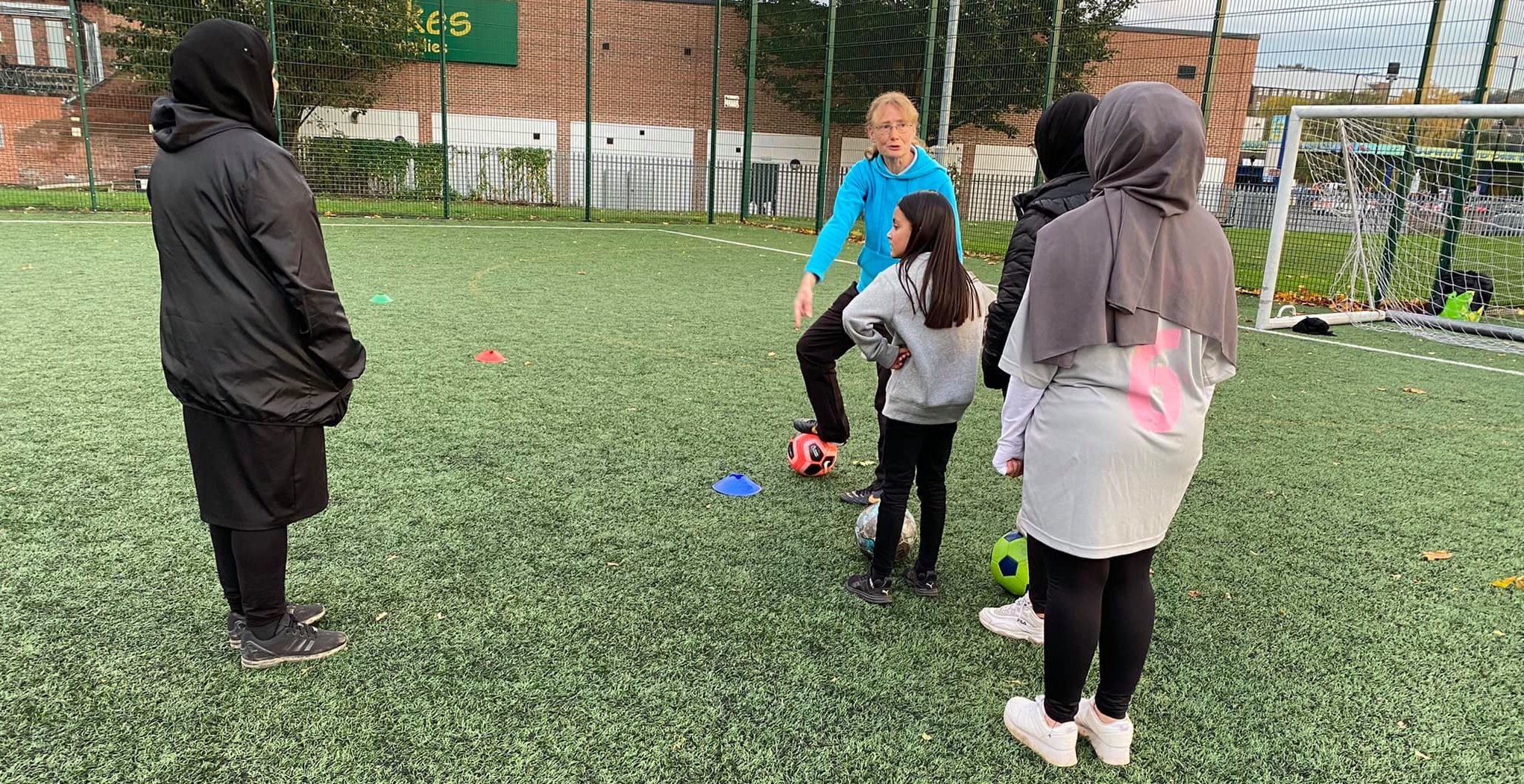 They also provide breakfast for homeless and vulnerable people – and recently held a men’s health and wellbeing open day, giving men space to come in and talk, as a way of tackling mental health and isolation.

“Being a co‑op has allowed us to develop the organisation much more effectively compared to what we were before,” says Tanya. “And it’s allowed us to have wider conversation with funders. It’s a model that’s enabled us to be more effective in the community – and staff have started to believe in themselves.

“Coming from a history of not being heard as employees, or being able to make decisions, it’s satisfying to be on a team that’s proud to be making a difference and proud to be part of our organisation.”

You can get up to 10 days tailored business support for your new co-op idea or an existing co-op business.
Find out more >>
Related content
Image

Content by Ownership Hub
The Ownership Hub is a joint project between Co-operatives UK and the Employee Ownership Association and supports the #1MillionOwners campaign.
Image

Chapel Street Studio: A creative co‑op pooling skills – it’s a win‑win for everyone

Beanies: A wholefood co‑op with plenty of benefits in store

There’s no need to shop around for another job when you work at Beanies. And being a worker co‑operative sets the Sheffield grocery apart in more ways than one…
Case study
Image

Content by The Hive
Discover how a GP surgery in Scotland is breaking new ground with pioneering initiatives and a co-operative ethos. And how it became a co-op with support from The Hive…
Case study
Image

A ‘Square Mile of Opportunity’ through community organising

Content by Empowering Places
“RunFit Hartlepool has created a community of people who are really supportive of each other and the wider town. They do litter picks where they go running – it’s an example of how a community…
Case study
Image

B-inspired by community investment in Leicester

Content by Empowering Places
Braunstone is an edge-of-town council estate in Leicester with 16,500 inhabitants. Some parts of the area fall within the bottom 1% of the 2019 indices of deprivation. Almost entirely residential, for…
Case study
Image

A co-op gym that does things differently: Bristol Co‑operative Gym

Content by The Hive
Offering an alternative to traditional gym culture, Bristol Co-operative Gym was set up as an inclusive, non-judgemental space free from assumptions about identity and appearance. It received support…
Case study
Back to case studies