Funded by Power to Change and Architectural Heritage Fund. In partnership with Locality 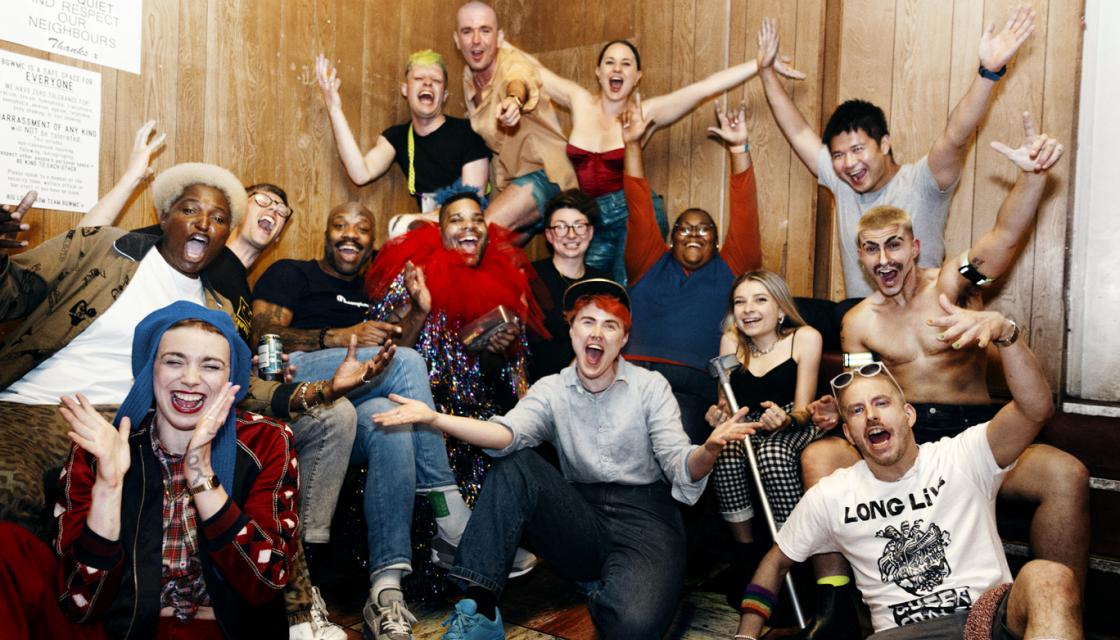 When the Joiners Arms pub, a much-loved LGBTQ space in Tower Hamlets in East London closed as part of local redevelopment plans, some enthusiastic regulars decided to fight back.

“We were a group of people who loved it and were sad it was closed,” said Amy Roberts, Chairperson of the Friends of The Joiners Arms.

“We started a campaign shouting loudly about how important LGBTQ spaces are – and how losing these spaces is detrimental to a marginalised community. The Joiners Arms wasn’t just a pub, it was a vital hub for the LGBTQ community.”

In 2017, the group won historic planning protections for The Joiners Arms, which meant that if a developer took over the site, they’d have to provide a pub for the LGBTQ community, run by a LGBTQ operator, for 25 years.

However, the site remained frustratingly undeveloped. But Amy and her friends decided to push ahead. “We had a clear vision that was always tied to the Joiners Arms but by now we were keen to find another site in East London where we could realise that vision.”

The Friends of the Joiners Arms ran drag nights to promote their campaign. Photo: Alex Janaszewski

Inspired by community-owned pubs and venues in London and elsewhere, The Friends of the Joiners Arms became a community benefit society. They applied to the Community Shares Booster Fund and developed a share offer to raise the capital to put them in control of securing a venue.

In June 2022, they launched their community share offer, after receiving a Booster Fund grant to get it into shape. Within months, they’d exceeded their target and raised £152,000.

They launched the share offer via the Crowdfunder platform, whose Programme Director, Jason Nuttall, was impressed by the campaign.

“Community share issues can be a bit dry. People fall into the trap of using a lot of legal language,” he said. “They did a really good job of making their share offer document interesting and talking to the audience in their voice.

“It was also really great to see the demographics – my guess is this community benefit society has the lowest average age of members of any in the country, it breaks the mould.”

Amy and her colleagues were mould breakers in more ways than one. As part of the share offer, they issued ‘pay it forward’ shares, as she explained: “People could buy shares that could be given to someone else. We’ve got 700 pay it forward shares.

“We compiled a list of organisations and charities that represent marginalised members of LGBTQ communities – such as homeless people and refugees – and asked them to advertise to people in those communities, who could come forward and claim the pay it forward shares others had bought.

“We are always very passionate about breaking down barriers and were also aware that a lot of people can’t afford to invest money in a venture like ours, so our shares cost £25 each – much lower than typical share offers. That made a huge difference. The average investment was around £50, which is what we were aiming for.”

With the funds ready to go, the next step is to secure a new LGBTQ venue. Amy said: “We are working with the Greater London Authority and communicating with councils and other organisations to try and find a suitable space.”

And they have lots of great ideas for what they’ll do with it once they find it. “We’re really passionate about breaking down barriers. At our drag queen nights, we have BSL interpreters, so we’ll have more of that.

“We also want to facilitate other people putting on their nights. If they have their own ideas, we’ll support them to do that. And we’ll make sure we invest in paid-for access services. If someone puts on a cabaret show, we want to be able to cover the cost of having a BSL interpreter.

“Run on a not-for-profit basis, it will be more than a pub. We also want to work with partners to put on sessions about sexual health, housing, wellbeing – and using the space for anything and everything really. It will be a community resource.”

Think community shares might work for your community business?

Find out what support is available...
Next steps >>
Related content
Image

A guide to investing in community shares

Content by Community Shares
Investing in community shares is a simple, direct and engaging way of supporting businesses that serve your community.
Resource
Image

The heart of a community, saved by the community

Content by Booster Fund
Pulling together, local people from a Cumbrian parish raised the funds to keep their local pub going – and preserve a cherished focal point for their community.
Case study
Image

Putting an old pub to good use: Nudge Community Builders

Content by Booster Fund
Following a successful crowdfunding campaign, Nudge Community Builders secured £206,750 with 165 investors in 67 days to bring former pub The Clipper back into use for community benefit.
Case study
Image

Content by Booster Fund
When a dilapidated but much-loved building in Greater London got some TLC from the community, a share offer turned them into its owners – and the former library into the heart of the town.
Case study
Image

A space that gives the local community what it needs

Content by Booster Fund
The closure of a venue in Holmfirth galvanised residents into action, resulting in the community buying and revitalising a local building to give people a valuable shared space.
Case study
Back to case studies