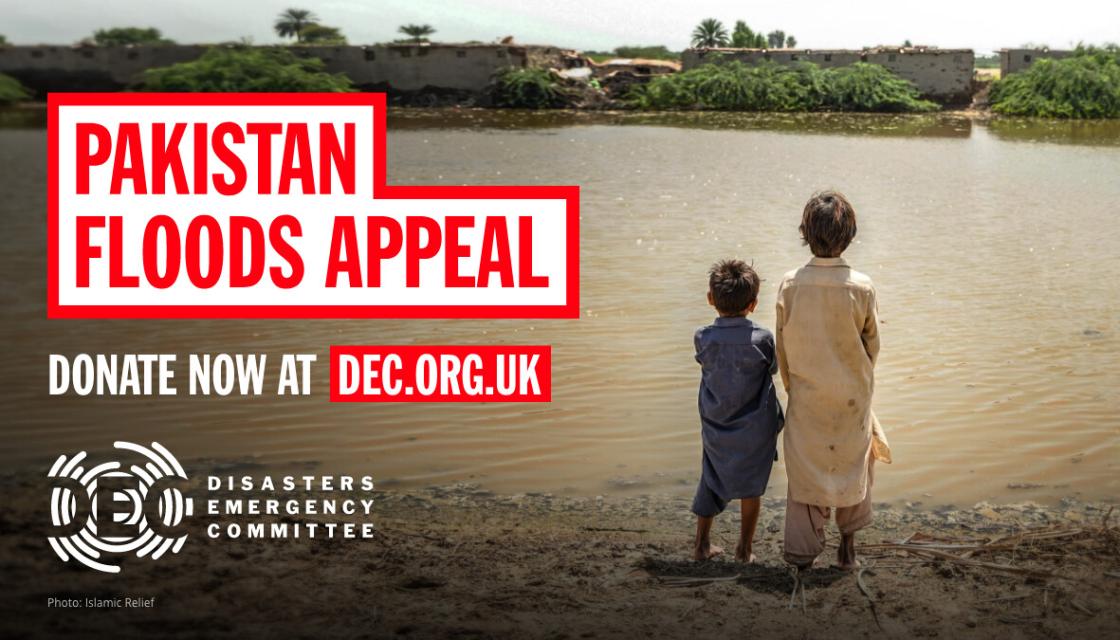 Co-operatives UK and the International Co-operatives Working Group is calling on the co-operative movement to back the DEC Pakistan Floods Appeal after devastating floods affect one third of the country.

While the appeal has been live since 1 September, and over £25 million has been raised across the UK, rains have returned to the worst-hit areas. A Dengue fever outbreak has hit Karachi and there remains a high risk of diseases, including cholera, malaria and typhoid, spreading in the aftermath of the floods.

Despite an incredible response from the UK public already, the ongoing flooding and risk of disease is incredibly concerning and we want to ensure that donations – and therefore support – gets to the agencies working on the ground to support those most in need
– Rose Marley, CEO, Co-operatives UK

"Despite an incredible response from the UK public already, the ongoing flooding and risk of disease is is hugely concerning. We need to ensure that agencies working on the ground have all the support they need to reach those most in need.

"We are also reaching out to co-operative organisations in Pakistan to understand other ways the UK movement can support the recovery and rebuild."

More than 33 million, one in seven Pakistanis, have been affected so far. One third of the country – an area the size of the UK – has been submerged with floods sweeping away entire communities and leaving more than a million homes destroyed or badly damaged. At least 1,100 people have already been killed and six million more are in desperate need of humanitarian assistance.

This call out to the movement has been coordinated via the International Co-operative Working Group (ICWG). The ICWG is chaired by Rose Marley and made up of representatives from Co-op Group, Midcounties Co-op, Central England Co-op, the Worker Co-op Council, Co-op News and Co-op College.

In recent years the UK co-op sector has raised more than £1 million to the Ukraine DEC Appeal, £100,000 to provide emergency Covid support to co-operatives in India and nearly $100,000 Australian dollars to help co-operatives rebuild after the Australian wildfires in early 2020.

Co-operatives UK has been inundated with members wanting to help those affected by the terrible crisis in the Ukraine.
News item
Image

Over forty young women in India will develop new skills to help them secure a regular income through the formation of two co-operatives funded by retail co-ops in the UK.
News item
Image

The purpose of the International Co-operative Working Group (ICWG) is to support the planning, co-ordination and delivery of international activity across the UK Movement.
Back to news