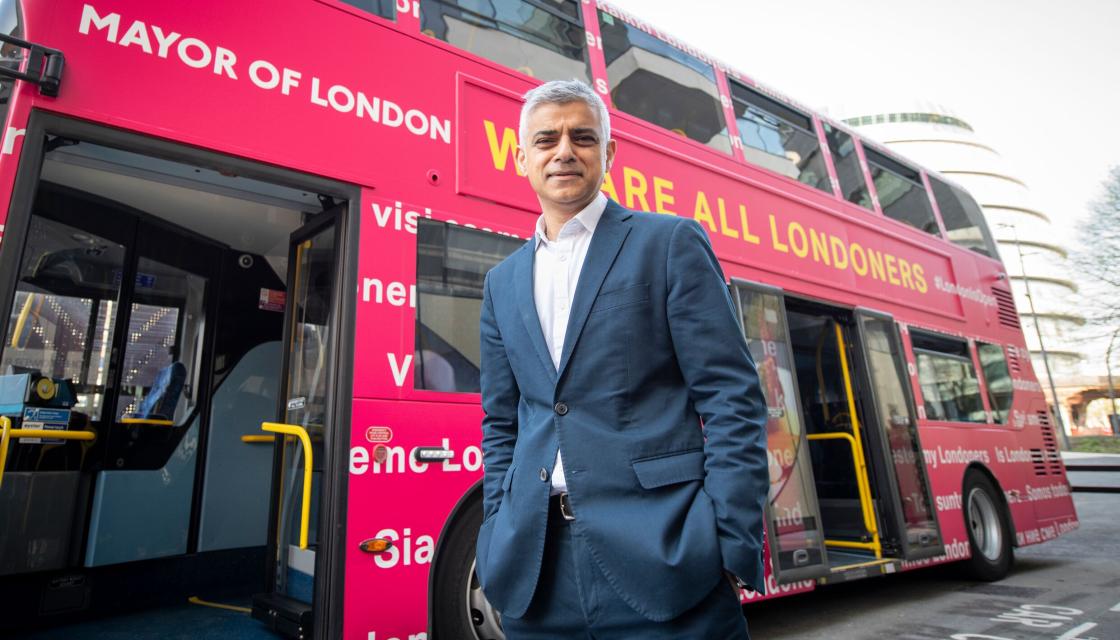 The Mayor of London, Sadiq Khan, has today (2 December) announced a ground-breaking new partnership with Co-operatives UK and the Employee Ownership Association (EOA) to to support more London businesses to become worker or employee owned.

These organisations will now work with the Mayor to create a ‘London Ownership Hub’, building on Sadiq’s manifesto commitment to ensure London’s recovery from the pandemic results in ‘more of the prosperity created locally [being] captured within the local community’. To drive this forward, the Mayor has committed to supporting democratic businesses like co-operatives, mutuals, social enterprises, employee-owned, municipally-owned and community-owned businesses.

Increasing the number of employee and worker owned businesses is a key part of my mission to build a better London for everyone – a safer, fairer, greener and more prosperous city for all.
– Mayor of London, Sadiq Khan

The Mayor of London, Sadiq Khan said: “London businesses have had to weather the perfect storm of Covid-19 and Brexit, followed by soaring inflation and falling consumer spending. In these uncertain times it is essential we don’t settle for business as usual and instead explore every opportunity to make our businesses more resilient and beneficial to local communities.

"Employee ownership creates dynamic, engaged workforces who feel a deep connection and shared purpose with where they work and who they work with. Increasing the number of employee and worker owned businesses is a key part of my mission to build a better London for everyone – a safer, fairer, greener and more prosperous city for all.”

The Mayor’s team will work with Co-operatives UK and the EOA to develop the networks, resources and conditions to help worker co-operative and employee-owned businesses across London develop and thrive. The Hub will launch in early 2023.

There are around 1,600 worker co-ops and employee-owned businesses in the UK, with 30 per cent in London. Despite the relatively low number, they contribute over £40 billion to the UK economy, providing more than 200,000 jobs.

Business as usual doesn’t cut it: trashing nature, paying poverty wages and diverting the nation's wealth into tax havens, rather than reinvesting in our people and communities.
– Rose Marley, CEO, Co-operatives UK

Employee and worker-owned businesses engage and empower workers to drive performance, while rooting sustainable, good jobs in local economies. This is particularly important as businesses face difficult economic times, soaring inflation and dwindling consumer spending power. Giving people a stake and a say in their workplace is also a fundamental factor in the Mayor’s Good Work Standard, an accreditation programme for employers modelling best practice in pay, well-being, diversity, recruitment, skills and progression.

Rose Marley, Co-operatives UK CEO, said: “We’re delighted that the GLA has shown its commitment to creating a fairer, more inclusive economy. We can't continue making the same mistakes of the past: trashing nature, paying poverty wages and diverting the nation's wealth into tax havens, rather than reinvesting in our people and communities.

“This is an important step to breaking that mould. Worker co-ops are better at creating jobs, compared to businesses generally. We also know employee and worker-owned businesses are more resilient in an economic downturn. Creating more productive, engaging, empowering and democratic workplaces is better for everybody.”

Employee and worker ownership has also been found to strengthen the ability of businesses to weather difficult economic conditions. Research has shown that employee and worker-owned businesses bucked recent downturns, with improved staff retention and over half experiencing growth during the first year of the pandemic. Only 1.7 per cent of employee-owned and co-operative businesses ceased trading last year despite a tough 2021, compared to 7.5 per cent for all businesses.

Ownership Hub logo
What is the Ownership Hub?
The Ownership Hub is a joint venture between Co-operatives UK and the EOA that supports businesses, professional advisers and regions to grow employee and worker ownership and promotes the associated economic and social benefits.
Find out more >>

James de le Vingne, CEO of the EOA, said: “The London Ownership Hub is a step forward for a prosperous, resilient, sustainable, and fairer economy in Greater London, and a sign of the important role employee and worker ownership has to play in economic development in the UK.

“Employee ownership hardwires fairness and inclusivity into our economy by providing employee owners a stake and a say in their workplace.  It’s a highly impactful option for business considering succession or growth, and a practical solution in times of economic hardship. We are delighted to be working with the GLA to champion and grow employee and worker owned businesses across London.”

The London Ownership Hub will begin to offer advice, information and support to businesses interested in worker and employee ownership and professional advisors in London in early 2023.

Content by Ownership Hub
The Ownership Hub is a joint project between Co-operatives UK and the Employee Ownership Association and supports the #1MillionOwners campaign.
Image

Content by Ownership Hub
The Ownership Hub raises awareness of the benefits of employee and worker ownership at a national level.
Resource
Back to news