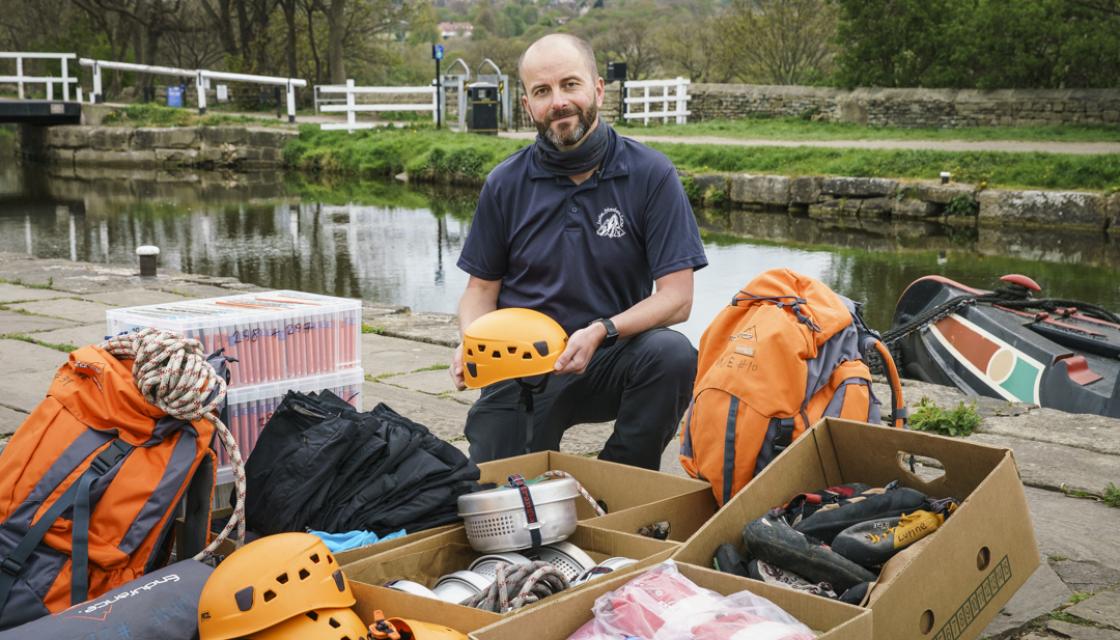 David Lyons is the Expedition Delivery Manager and one of the co-op’s four members. “For the Duke of Edinburgh Awards, the young people have to complete a self-sufficient expedition in the countryside,” he explains. “They have to navigate, camp, feed themselves, carry everything they need. We’re the supervisors checking in on them.”

Forming a co-op was a natural move for David. He set it up with his friend Andy Godfrey. “Andy was working for a printer co-op, we both lived in housing co-ops, so it was the obvious choice” he says. “We’re leftie co-op type people – we’re not interested in making money out of others.”

For him, working co-operatively aligns with his principles – and David is proud to pay a living wage to the freelancers the co-op contracts.

We have pay parity, we are all paid the same amount. It feels good to run a business paying a decent rate.
– David Lyons, Expedition Delivery Manager

Lupine also promotes equality in its working practices – something else David is fiercely proud of. “Outdoor education is historically a male industry,” he says. “We play our role in changing that in seeking out good women freelancers and people we want to mentor. Our teams are mixed-gender and that’s really good for the clients in terms of representation.”

The control that comes from being a member of a co-op is important to David too.

You have a real say in your work. You get to form the ethos of the company as well. You have a stake in it. If you want the company – and the world – to be a better place, then you can influence that.
– David Lyons

He also enjoys the great sense of camaraderie that comes with co-op membership. “There’s something really nice about working with people you’ve been friends with for years and years,” he says.